How to Root/Jailbreak Motorola Moto X4 Android Oreo with KingoRoot

Motorola Moto X4 was released in August 2017. Powered by the non-removable Li-Ion 3000 mAh battery, the Moto X4 runs Android 7.1 Nougat and which will upgrade to Android 8.0 (Oreo). Rooting Android will give you a more powerful Moto X4. With root access, you can custom your Moto X4.

KingoRoot provides two methods to root your Moto X4, both KingoRoot PC version and KingoRoot APK can easily jailbreak your X4 with a few steps and a few mintues. The APK can free the trouble of connecting to the PC but the PC version has a more successful rate of rooting.

Step 1: Free Download the KingoRoot on Windows Software to PC

Step 2: Click the Icon of KingoRoot to Launch Kingo ROOT

KingoRoot software being downloaded from official website is 100% safe. It can root your Moto X4 quickly. 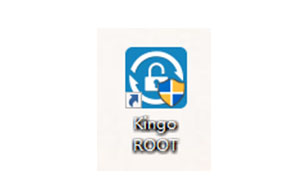 KingoRoot software will automatically download the driver for your Moto X4, so make sure you get Internet connection and enable the USB debugging. If you can't connect, please turn to "Device Not Connected" for help.

KingoRoot will employ the exploits of your Moto X4, which may take a couple of minutes. During this process, please do not touch, move, unplug your device.

Hope your Moto X4 will be successfully rooted by the root app of KingoRoot. After rooting, you can custom your own Moto phones such as uninstall the bloatwares, block ad, move apps to SD card.